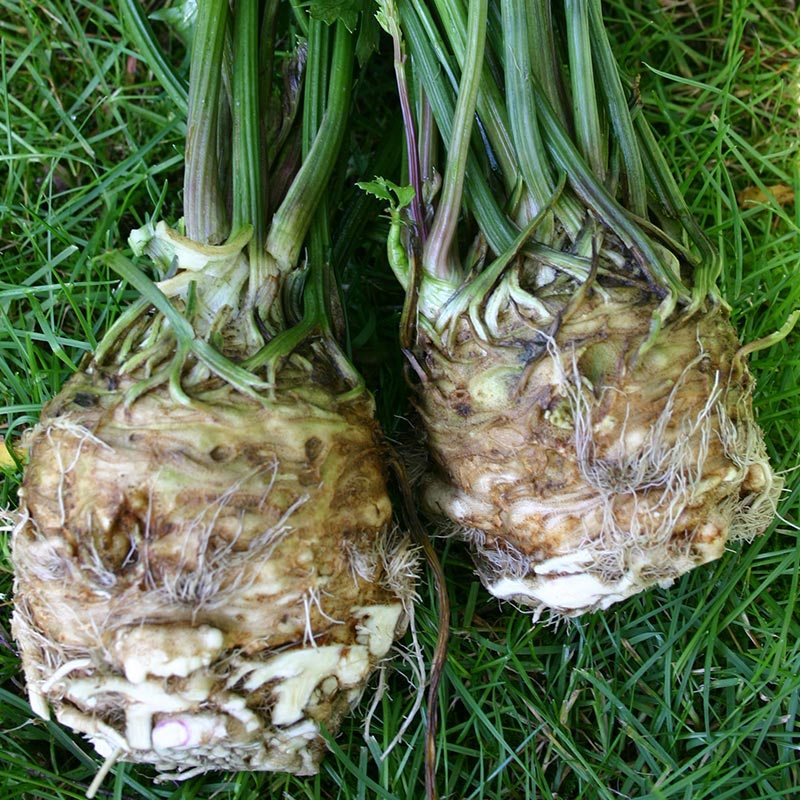 Roem van Zwijndrecht' is a small celeriac variety. It has a long growing period and the soil must still contain sufficient nutrients at the end of this period as this is when the root forms.

Celeriac Roem van Zwijndrecht forms a turnip with a diameter of about 10 cm and is smaller than the most common celeriac. This celeriac has a long growing period and especially at the end, when the growth of the turnip takes place, the plant has to have enough nutrients at its disposal. This requires a rich soil, preferably with much humus. A scoop of compost in the planting hole works very well. Exhume late October, shake the dirt off, cut the outer leaves and burrow the plants together, with the turnip just underground. Cover during frost.