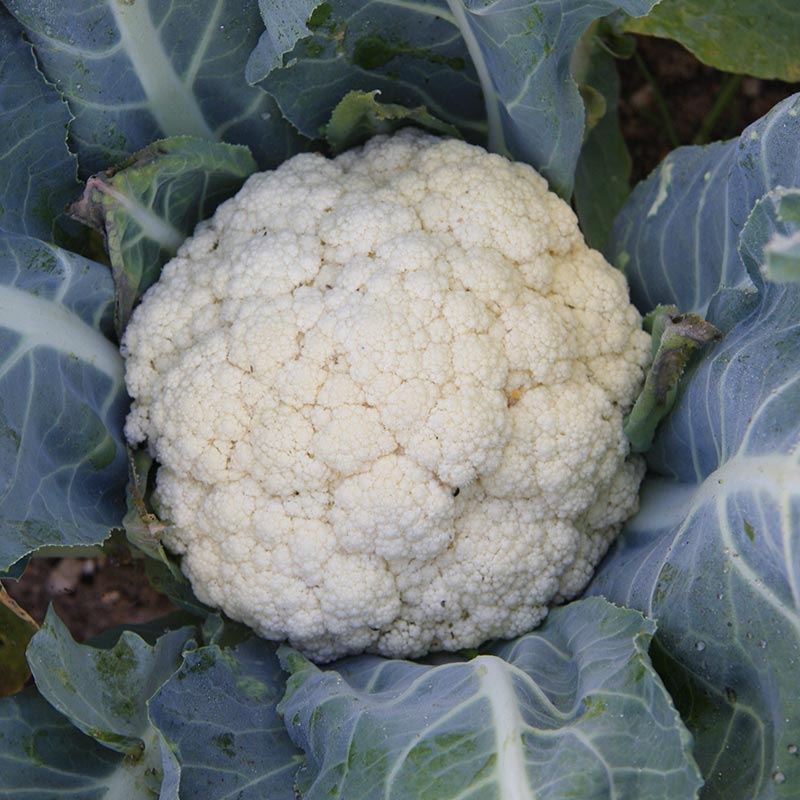 Cauliflower 'Flora Blanca' can overwinter if protected with fleece. This variety is suitable for autumn cultivation and prefers well-fertilised, well-drained soil.

Cauliflower Flora Blanca is an old Dutch variety. It is one of the few varieties that do not produce a yellowish head, but a beautiful white one. Flora Blanca is most suited for autumn cultivation as this is easier compared to cultivation in summers. This variety can sustain winters provided that it is covered with fleece during strong frost. The cauliflower should then be covered with a leaf In order to decrease the risk on early small heads, you should transplant them in summer four weeks after sowing.