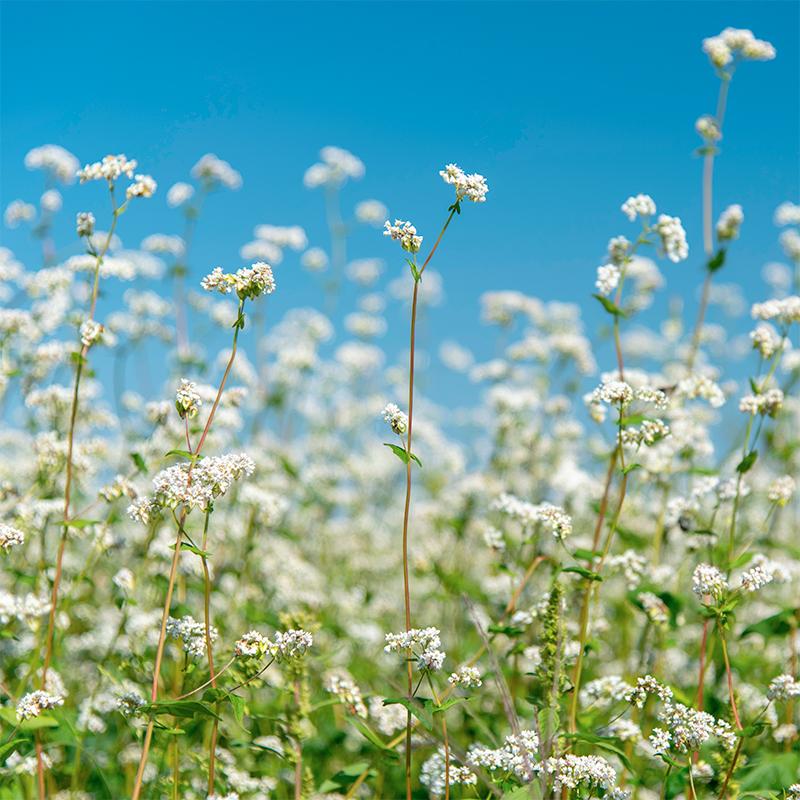 Field margin mixture ‘M1’ contains seeds of six different plant species, so it has a positive impact on biodiversity in field margins. But this mixture also has another important function: it is specially formulated to control the bean seed fly. According to field trials and the literature, a field margin containing flowering plants such as buckwheat can attract the parasitic wasp Trybliographa rapae. This wasp parasitises the larvae of the bean seed fly, causing them to die and reducing damage to germinating beans.

Buckwheat is the main component of Field margin mixture ‘M1’. The other species (phacelia, borage, marigold, cornflower and cosmos) flower after buckwheat and attract parasitic wasps throughout the bean’s growing season. Needless to say, these plants are also an extremely important food source for pollinators such as bees.

Sow: mid April-late May, for a flowering strip of buckwheat in the field margin around the time the beans are sown. If sown before mid May, the plants in this mixture may be affected by night frosts.

Soil: A flower mixture cannot be sown in a margin already covered in plants or with existing grass vegetation. This will produce a poor outcome as grass and weeds are highly competitive.